Skip to content
As an Amazon affiliate, we earn from qualifying purchases.

If you’ve ever exchanged one of your toys for another toy, you have bartered. Bartering is a term used to refer to the trading of goods and services with someone else and without using money.

It was a widespread practice among early civilians and while its popularity may have reduced, there still communities in today’s society that rely on a barter system. It has been around for such a long time and contrary to what some may think; it’s not something that a society or community has solely relied on. 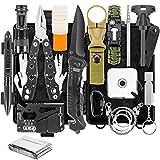 For instance, if someone wanted salt, they could trade spices for it. Over the past few decades, bartering has made quite the comeback using techniques that are more sophisticated to aid in trading such as the internet.

In the ancient times, bartering occurred among individuals who were in the same geographical area. Thanks to the web, bartering has gone global in today’s society and eliminated the need for people to meet face to face. You can now exchange items you don’t need for things you do need through swap markets and online auctions.

With the increased popularity of barter trade, The Babylonians soon developed an improved system of exchanging spices, weapons, food, and tea. They traded skills as well. Salt was one of the most popular items as it was so valuable that some of the Roman soldiers were paid with it.Bartering flourished during the Middle Ages when the Europeans began to travel more often. They introduced new items including furs and crafts and traded them for perfumes and silks. Colonial Americans exchanged wheat, deer skins and musket balls for items they needed with the Europeans. The Babylonians soon introduced money but the bartering system didn’t fade away. Instead, it became more efficient.

The Great Depression brought about a widespread lack of money, and as such, the bartering system became more popular than ever before. People relied on this practice to get food and other services they needed. People started trading with other groups that acted akin to banks.When the deal took place, there would be a debit to the buyer’s account and the account of the owner would be credited.

Advantages and Disadvantages of Bartering

According to the International Revenue Service, bartering involves trading a good or service for another. As a child, you exchanged your toys or snacks. In the adult world, the same concept applies but instead of toys and snacks; people trade more valuable goods and products.

Despite its long history, bartering comes with several benefits and disadvantages.

One of the main benefits of bartering is that it is very flexible. You can choose to trade two items that are entirely different such as a lawn mower for a television – or two related products such as a tablet for a laptop.

As it doesn’t require the use of money, the barter system allows you to save money by parting with material possessions that you don’t want to get what you need.

In a barter system, you only produce the required amount of goods and services, thus minimizing waste in the monetary economy.

In order for bartering to occur, it’s important that a double coincidence of wants exist. This is to say that if I need a television and I’m willing to part with my computer, I have to find someone who needs the computer and has a tv to trade for.

No standard measure of value

Unlike the monetary system, there isn’t anything that can be used as a standard measure of value the same way money is used to gauge the value of all goods and services. 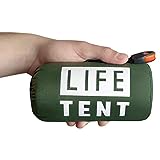 Hypothetical Analysis: The Economic Impacts of Reverting to a Barter System

In the least sense of the word, bartering is fundamentally a personal activity – a one-on-one exchange where you and I get what we want.

However, when billions of people across the world are bartering, it becomes a supplemental economic system that affects the macroeconomic system.

Should we revert to the bartering system, we will see this effect in various ways including:

Reduced reliance on the job market

As such, you can stay at a lower-paying job that you enjoy without stressing about what you need to climb the corporate ladder. You can even accept a low paying job and make up the difference through barter trade.

The price of everything increases due to inflation. However, in a bartering world, if we agree that my carpentry is equal to your rototilling, that is it. Hundreds of years ago, humanity was able to exchange a large bag of vegetables for an hour or two of tutoring.

While the price of either one may have been 5 cents at the time, coaching in today’s world is several times more costly than the bag of vegetables. And while the cash price may have increased, the barter deal wouldn’t be any different in modern society.

According to Theodore Rosjack, in the introduction of Small is Beautiful by E.F. Schumacher, it is easier to accumulate assets and power in a money-based system as compared to a barter system.

And while that’s the case, people can still use the exchange system to amass wealth, especially in fields like real estate.

Small isn’t always beautiful – it is inefficient and difficulty to barter nowadays, mostly due to the sheer impracticality of managing the system.

We won’t need to borrow as much money as we do today if the world reverts to a barter system due to the ability to pay for some goods and services by bartering. There is also the issue of business clubs that will lend units, thus offering an additional line of credit.

Ability to sell to cash-poor customers

The influence of barter is evident when one fills an empty table at a restaurant or places an extra order for farm supplies. According to Bo Murley of Full Circle Marketing, excess production capacity can be just as good as money. This is to say that anyone who produces something has more ability to producing more of the same thing as compared to creating or getting something new.

As such, excess production is a tradeable, exchangeable commodity that makes it easy for cash-poor consumers to access what they need.

Essential redefinition of money and economics

Many people think bartering presents a philosophical challenge to the monetary system and understandably so. They establish barter clubs that are decentralized and operated under the guidance of idealistic motives. Some make all labor equal in an effort to transform economic values.

In such cases, the hours of a window washer are equal to those of an engineer. The money-based system is one that’s characterized by a hierarchy of wages, specialization of individuals as well as unequal employee/employer relation.

The barter system, on the other hand, presents interesting ideas about money and commerce. It aims at doing with everything that makes the monetary system what it is, as though money and assets are taking on a different new meaning.

So, can the world go back to a barter system?

The popularity of bartering has increased and reduced throughout history as economies became depressed and prospered. There was increased bartering in the 1920s during the Great Depression that mostly affected the United States.

And while reverting to a bartering system may seem almost seem impossible on the surface; we should acknowledge that it may have already found its permanent place in a healthy economy due to the following reasons:

It will always be popular in its personal forms

In situations like the trade of a kid’s toy for another child’s marbles or your banana bread for a neighbor’s turnips, economic conditions don’t affect bartering.

In any case, bartering is more of a ritual that’s used to express friendship. It is natural and an important part of our heritage.

The respectability of bartering

While some individuals and corporations shy away from bartering because some of its stigma as a sign of distress and poverty, it has become popular as a smart way to do business, even when cash is in abundance.

Lack of faith in the economy

Today’s world is constantly hit by changes that range from high interest rates to bankruptcy and periodic recessions to rapidly evolving industries. Such changes have made the possibility of the entire system collapsing ever present. Bartering offers some stability, regardless of the current condition of the economy.

So, should the world revert to bartering?

I am not sure.

As many have pointed out, the barter system is impractical. Two people have to want exactly opposite things and at the same time too. They also have to be in a situation where they can settle immediately, especially if they don’t know one another.

This would be almost improbable to achieve in a world where people don’t move around a lot. Consider a writer who can quickly turn their writing into food thanks to the money they’ve earned from writing. If the world were to go back to bartering, it wouldn’t be so easy for them to put food table. After all, which poultry farm would exchange butchered chicken for a copy of ‘India Loves MOOCs?’

The same applies for anyone who works in a specialized field. All in all, the cost of transactions in a barter system would be too high. There would be so much hassle involved in finding people with what you need and need what you have.

So while I don’t know if we should go back to exclusively relying on bartering, I know that making that transition would be hard. Perhaps it’s best to stick to toys and marbles!