Skip to content
As an Amazon affiliate, we earn from qualifying purchases.

Following an obituary published on Outside Magazine, the Great Barrier Reef was declared dead by many experts around the world. The reef passed away in 2016 after battling a long sickness.

At the time, the reef was approximately 126 million years old. For most of those years, the Barrier Reef was the largest living creature in the world, and the only one visible from space. It was made up of 1050 islands and 2900 individual reefs and had a length of 1400 miles.

It had more biodiversity than the entire Europe and covered a large area compared to the United Kingdom.

In addition to the above achievements, the reef harbored the largest population of dugong in the world. It was also the largest breeding ground for green turtles. 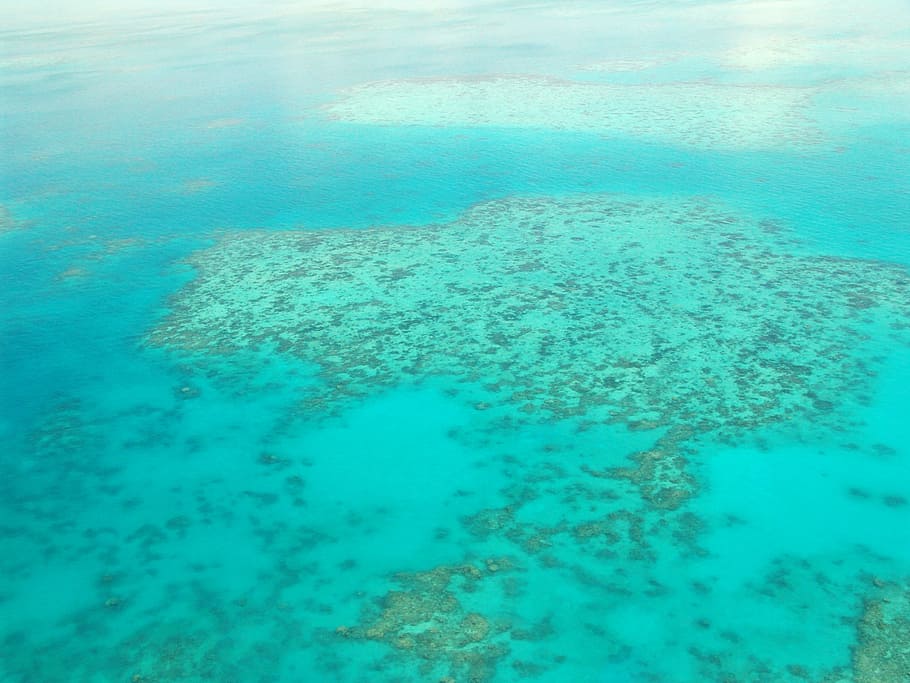 The birth of Great Barrier Reef

The birth of the Great Barrier Reef can be traced to the Miocene epoch along Australia’s eastern coast. For the first 24.99 million years, the reef mostly underwent general growth.

Over the years, small anemone-like creatures that secrete shells and referred to as corals grew and formed what came to be known as the Barrier Reef. With time, its structure became sheltered and complex, making it the most important aquatic habitat in the world.

The rise and fall of the sea level over the years enabled the reef to build itself into a massive labyrinth of atolls and shallow water reefs that extended about 140 miles off the Australian coast. The extraordinary diversity of the Barrier Reef is the main reason why people travelled from all over the world for thrilling marine adventures. To say that its otherworldly patterns and colors will be missed is certainly an understatement.

The reef was an active member of the community

During its lifetime, the Great Barrier was an important and active member of its community to say the least. It was because the reef existed that the surrounding ecological community was able to survive throughout the ages.

The first settlers to Australia from Asia were witnesses to the reef’s generous spirits 60,000 years ago when the sea levels were still low. The upper portions of the reef at the time were made up of innumerable caves and limestone cliffs that lined up a coast adorned with resources that the rest of the world could only imagine of.

Charlie Veron, a scientist who discovered 20% of the coral species in the world and served as a chief scientist for the Australian Institute of Marine Science, once used the phrase ‘Stone Age Utopia’ to refer to the reef in that era. Many people benefited from the reef, and the Aboriginal clans are a good example of that. Right up to the death of the Barrier Reef, they hunted and fished from the reef for thousands of years.

The rise to worldwide fame

The name started its rise to worldwide fame in 1770 when Captain James Cook became the first European to navigate it. Unlike other people who came to know and fall in love with the reef, Captain Cook was never a fan.

According to his journal, the sea completely conceals shoals that suddenly project from the shore and rocks that rise like pyramids from the bottom. His ship nearly sunk after it foundered on the reef.

The reef never made it out of the spotlight after that. With no time, the reef became one of the most treasured crown jewels of Australia, attracting tourists, artists, scientists as well as explorers from all over the world.

You’d think that that with such popularity, people would prioritize on preserving it rather than doing anything to endanger it. However, the government of Queensland proved otherwise when it made an attempt to lease the entire reef to oil mining companies back in the 1960’s.

This move led to a ‘Save the Reef’ campaign that lasted nearly a decade. It also inspired the formation of the first conservation movement in Australia. As a result of the campaign, the Great Barrier Reef Marine Park was established in 1975 with an aim of promoting marine life. This was achieved through restriction of shipping, fishing as well as development in the reef.

The Barrier was designated a World Heritage Site by UNESCO in 1981, something that was long overdue. UNESCO also dubbed it the ‘most impressive marine area in the world.’ Unfortunately, that was the same year that its decline to death started.

In 1981, the Reef experienced massive bleaching, the first of its kind. Symbiotic algae that grow on the surface of corals are responsible for their colorful nature as well as nourishment.

They photosynthesize and make sugars, which corals feed on. However, increased temperatures trigger production of a lot of oxygen by the algae. Such levels are very toxic and force corals to eject their algae so that they can survive. With their algae gone, the corals turn white and with time, start to starve.

The corals can recruit new algae if the water temperatures return to normal and survive. Otherwise, they die within a few months. This is what happened in 1981. The water temperatures skyrocketed, leading to the bleaching of more than two thirds of the corals in the inner portion of the Barrier Reef.

Coral mass bleaching had almost become common by the turn of the century. The reef experienced another massive bleaching during the winter of 1997-1998. A more severe one followed in 2001-2002 and then 2005-2006. Scientists cited climate change as the main threat to the life of the Barrier Reef, and the fact that bleaching wasn’t the only negative effect of soaring water temperatures became clear. The oceans absorbed more carbon from the atmosphere, making the water acidic. That increased acidity was starting to dissolve the living part of the reef.

Other factors that contributed to the demise of the Barrier Reef

Before it was placed on UNESCO’s World Heritage in Danger list, the reef’s management authority published a 650-page strategic assessment report. According to that report, the northern third of the reef was in good condition but the health of the south of Cooktown had declined significantly.

The biodiversity was reducing and this was evident in the decreased population numbers of some seabirds, turtles and dugong, despite the increase in the number of humpback whales. Seagrass meadows and coral reefs were also in serious decline. The report declared climate change as the most serious threat to the life of the reef. Poor water quality was also a major proven cause of damage.

This is due to clearing of nearby land for agricultural and other artificial use. Polluted water, laden with silt and fertilizer, drained into the inshore reef. Floods and cyclones have, over the past two decades, battered the coastline considerably. The fact that rivers clogged the reef with plums of mud that can be seen from space didn’t help matters.

According to Dr. Peter Doherty from the Australian Institute of Marine Science and who started researching the Barrier Reef in the 1980s, coral bleaching is responsible for a tenth of the damage while cyclones and crown-of-thorns starfish are each accountable for 40% of the damage.

Since it was first discovered as a problem in the 1960’s, there have been at least four outbreaks of the coral-eating fishing, approximately 15 years apart. That cycle is so fast that natural recovery of the corals is almost impossible.

Efforts to save the Barrier Reef

The state and federal governments adopted a 10-year strategy in 2003 dubbed the Reef Plan, and whose objective was to reduce pollution of water.

It was later updated in 2009 and some of its targets included reducing nitrogen and pesticide runoff by 50%, as well as improving land management practices of horticulturalists, sugar cane growers and grazers. Even with efforts by these governments and other stakeholders, damage still occurred at a faster pace than the reef could hope to recover.

It is not clear if additional efforts could have saved the Barrier Reef, but it clear that serious efforts weren’t made in the first place. In addition, the Australian government itself thwarted any efforts to attempts to call attention to the plight of the reef when in 2016; it pressured the United Nations to remove a chapter about the Barrier Reef from a report about the impact of climate change on World Heritage Sites. This came shortly after it approved the largest coal mine in its history.

According to the country’s Department of Environment, the move was due to the fact that negative comments about World Heritage Sites had a direct impact on tourism. Put simply, stating that the reef is dying may just stop people from visiting the site.

The demise of the Barrier Reef

At the time of this move by the Australian government, the Barrier Reef was experiencing another massive coral bleaching that would mark its final battle. It led to the death of more than 50% of the coral in the northern part of the reef.

The death of the Great Barrier Reef was preceded by that of the Florida Reef off the Florida Keys, Coral Triangle in the Pacific Ocean and dozens of other reefs in the world. It is heartbreaking that even as some of the most impressive reefs continue to die, there is no force in the world that has the ability to prevent the oceans from acidifying and warming.