Home » Live Off Grid: 10 Considerations Before Taking The Plunge 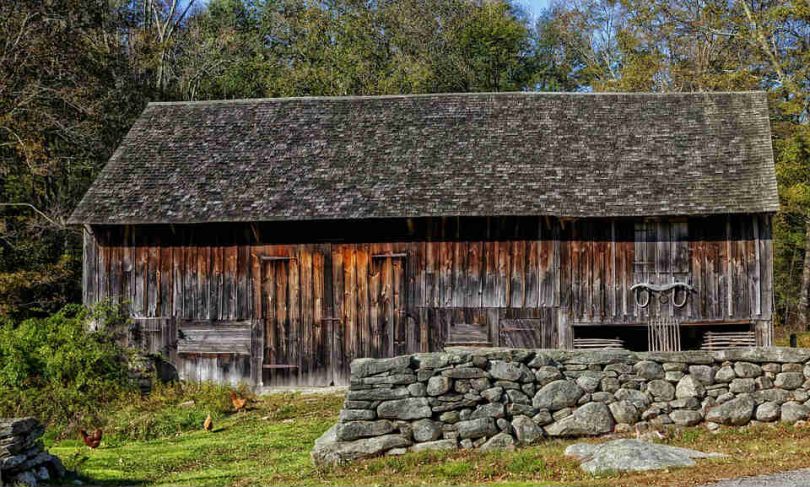 It is estimated that more than 200,000 people across the United States live off the grid. For many of them, the desire to do so is due to the romance of living in harmony with nature, freedom to live without restrictions as well as open frontiers that come with living off the grid.

There are many filmmakers and authors who have been known to capture their desire to live solely and independently by relying on their abilities. Good examples include Henry David Thoreau, a 19th century poet who wrote the book “Walden” in 1854, Ayn Rand who wrote “Atlas Shrugged” about a century later and Lee Child (whose real name was Jim Grant) who documented the adventures of Jack Reacher in more than 20 novels.

What It Means To Live Off Grid

The term ‘living off the grid’ was first used in the 1990’s and is credited to the founder Nick Rosen. To some individuals, living off the grid means having a smaller carbon footprint as well as being independent of utility bills.

To others, it means being untraceable or being ‘anonymous’ while others define it as dropping out of the modern world and its inconveniences. Generally, living off the grid can be defined as living with zero dependence on the society, government and its products.

Living off the grid is becoming more and more popular with each passing day. Practitioners of this lifestyle include doomsday preppers, horse and buggy Mennonites, libertarians, environmentalists, marijuana farmers and people who simply want to escape the norms of modern life. Adherents include nomads and people who are entirely sufficient living in remote areas.

Historically, off grid communities sprung in different parts of the world. Some of them even exist to date. Examples include Earthaven, a small community of 60 residents in Black Mountain (North Carolina) that survive on micro-hydro system and solar panels for electricity; Common Ground which is located in Blount County (Alabama) as well as Laqueti﻿﻿ Island located off the coast of Vancouver and who generate electricity using solar panels, fossil fuel generation, micro-hydro systems and windmills.

What It Takes To Start Your Life Living Off The Grid

Finding the ideal location for off-grid living location has increasingly become quite a challenge over the past century. This is partly attributed to the stringent regulations that apply to water usage, utilities and waste disposal & management. People wishing to live off grid today sometimes have to purchase acreage that’s sufficient enough to provide life's necessities or trespass public or private land. However, with the following tips, you can easily achieve your goal of living off the grid.

The basic sources of generating fuel or electricity while living off the grid include water, solar and wind. Many off the grid houses are equipped with fancy blenders, luxurious fridges and other electrical equipment that are powered by efficient solar power.

Solar systems are preferred due to the ease of setup and efficiency in generating power. Biogas can also be used to create fuel. The ability to generate enough energy for fuel or electricity reduces your dependence on the public. 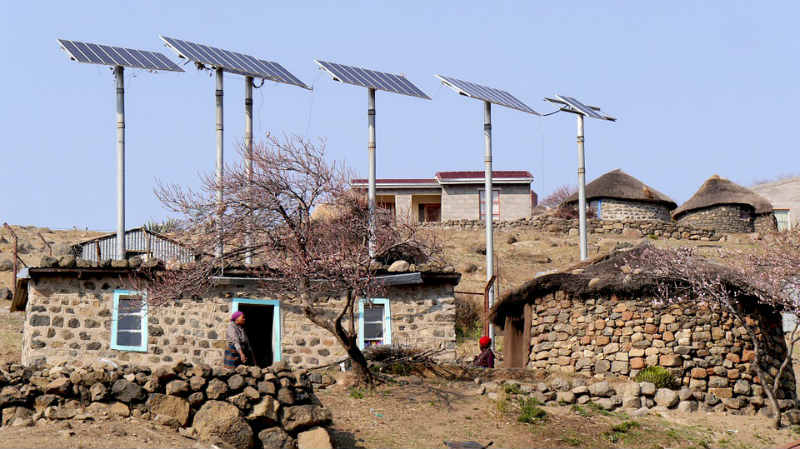 Becoming one with nature is one of the greatest perks of living off the grid. Starting an off the grid lifestyle where there are no dust bins around the corner or street lights requires you to have a waste disposal and management system that is solid.

In addition to a drainage system for your bathroom and septic tank, a composite pit is a great idea since it will help you convert some of it to energy. An improper waste disposal and management system will most likely lead to infectious diseases and in extreme cases, death.

One of the first things you should consider when you decide to live off the grid is water. Availability of water at your off grid home allows you to stop depending on the government or municipal for the most basic human requirement.

Ensure that the location that you choose has plenty of underground water as this will allow for wells that provide a constant flow of water. You should have enough water for drinking, bathing, washing, cooking and cleansing throughout the year.

With changing seasons come changes in what you need. You may be prepared for the drastic changes in climate but you will need other seasonal needs include boots, caps, umbrella, raincoats, sunscreen lotions (a way to make your own), winter wear as well as other accessories. You also need to detail the availability of water every season. 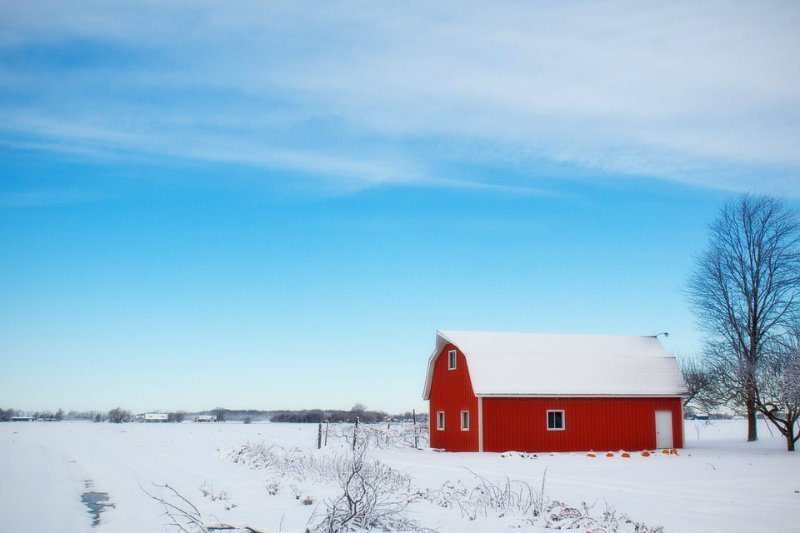 Learning the art of gardening and farming is a vital part of off grid living. Anything that you can eat including asparagus, poppy seeds or even meat will have to be grown and produced on your land. As you make a list of the essential investments that you want to make when cut off from the rest of the world, be sure to include the vegetables, herbs, fruits and livestock that you wish to grow or keep. Farming requires great hard work and skill, which can only be acquired gradually with determination. 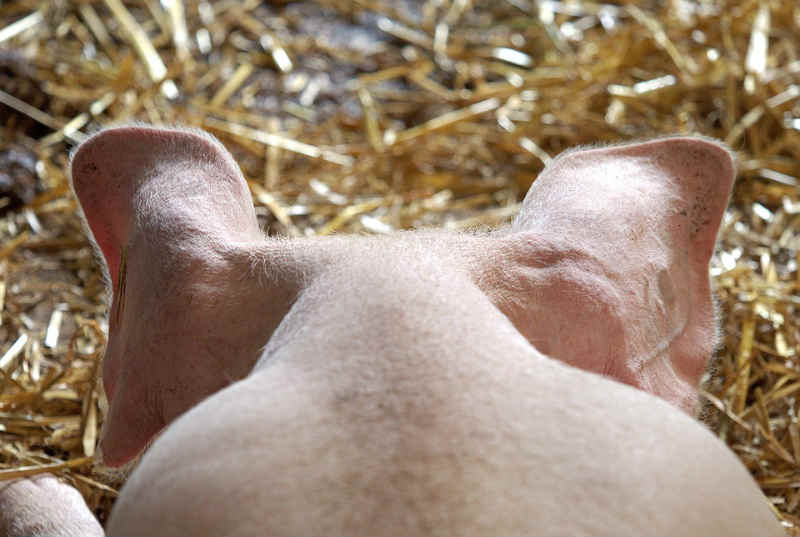 Another important necessity that you will need while living off the grid is access to medical care. If you are someone who requires regular medical checkups and medication, the wild may just work out for you positively. If you truly have a passion for being cut off from the world, you simply pack up your medications and do so. It’s also important to ensure that you know where the nearest hospital is.

Living off the grid relies a lot on your investments. Having enough money to buy all the equipment you need to stay cut off will guarantee a longer throttle on your way to finding peace in nature. Some of the things you will need to invest in include repair & installation, construction, maintenance, set-ups, locations and raw materials for getting all the above work done. You should invest in cabins, strong portable beds as well as durable electronic goods that can serve multi-purposes. Wastage is not an option and a comprehensive list of everything you require will keep you from wasting resources.

This is an important skill that might just determine whether or not you survive, especially since there is no room for ordering takeout when living off the grid. You will be faced with different outcomes. You may experience drought and starvation for a few days and then a feast for months. You must know how to cook your farm produce without wasting anything.

In addition to renting a post office box, there are other ways to ensure that the outside world can’t get to you instantly – at least not the way they would with an email address or phone number. Some ways to reclaim your privacy include avoiding use of credit cards, using a burner phone instead of a regular phone, using a VPN or proxy server when accessing the internet and relying on public transport.

With the aforementioned tips, living off the grid isn’t so difficult with or without money. Having many of these skills will give you a good start. One important thing is to know what your options are and take advantage of them fully.

The Challenges of Going Green

As previously mentioned, living off the grid for some people means having less carbon footprint or in other words, weaning oneself from the fixed utility grid. Achieving this for some individuals means living in areas that are way too remote to access utility services.

It also means making choices to reduce or replace municipal utility use. Unless you are prepared to give up the luxuries of modern life such as instant messaging, heat and light, disconnecting from the grid shouldn’t be in your mind especially since making it happen is neither easy nor cheap.

Generating electric power while off grid is easy with windmills, solar panels and micro-hydro system. On the other hand, disposing of water and securing portable water is a much more complicated process. In addition, going off the grid is illegal as some areas require an approved method of waste disposal.

As a result, living off the grid requires real dedication and determination.

The Benefits of Living Off Grid - Are You Ready To Take The Plunge?

Those who manage to successfully live off the grid can count on the following benefits:

So there we have it, there are many reasons to take the plunge and start your life less dependent on the things we've become so used to. For many this is simply a dream or an aspiration, but even if you aren't able to leave your life behind we can all start to make small changes to our lifestyles to become more akin to living off grid, and that can only be a good thing!​

So what small change will you make today to get closer to nature?​

Nature Rated rates and reviews the best outdoor gear for people who quickly want to know what to get. When readers choose to buy our independently chosen editorial picks, we earn affiliate commissions that support our work. The reviews are unbiased and we will only list products we love and trust.
This site uses cookies: Find out more.